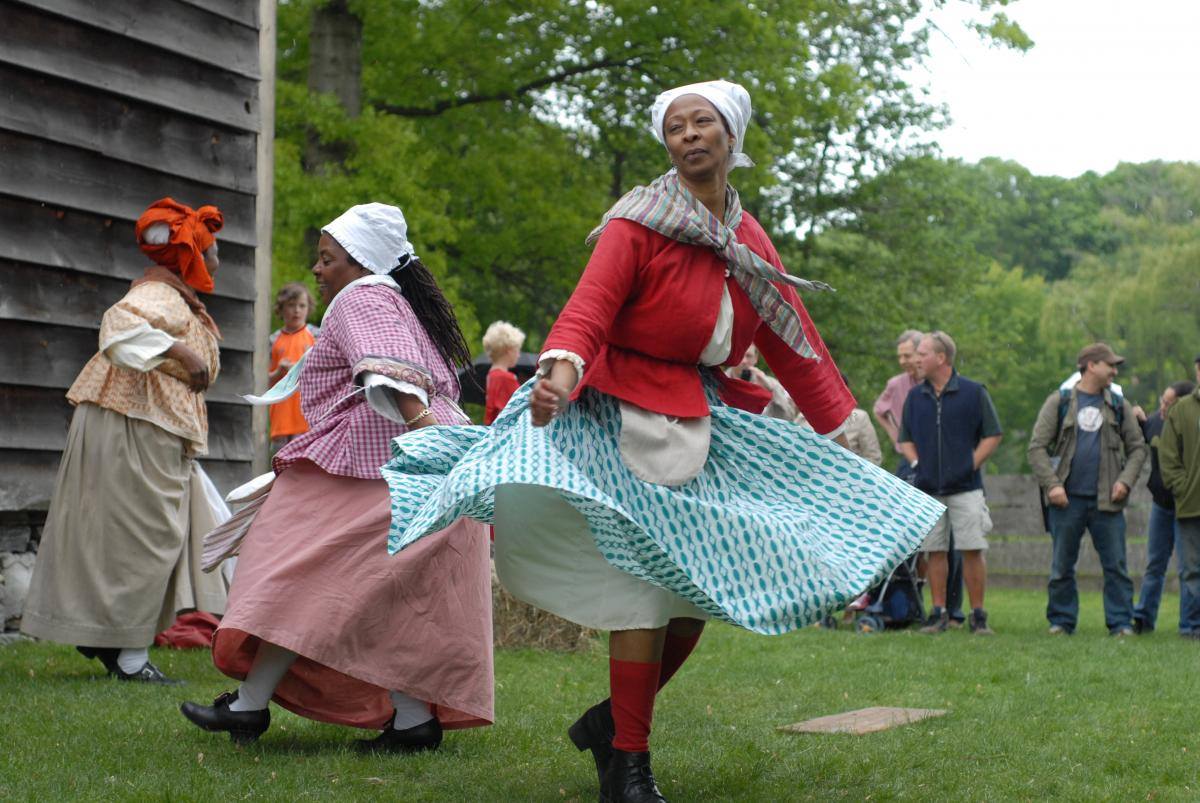 Once a Dutch holiday commemorating Pentecost, Pinkster became a distinctly African American holiday in the Hudson River Valley during the colonial era. During the 17th and 18th centuries, enslaved and free African Americans transformed Pinkster from a Dutch religious observance into a spring festival and a celebration of African cultural traditions. Festivities include presentations and demonstrations by The Children of Dahomey, an educational and performance group specializing in the historical experiences of enslaved Africans and African-Americans in colonial New York. Visitors can participate in The Children of Dahomey’s traditional Pinkster dances and theatrical demonstrations, take part in an instrument-making workshop, and listen in on a storytelling session. In Crailo’s cellar kitchen, culinary historian and hearth cooking specialist Lavada Nahon will be preparing food over the open hearth and interpreting historic African and African-American foodways.