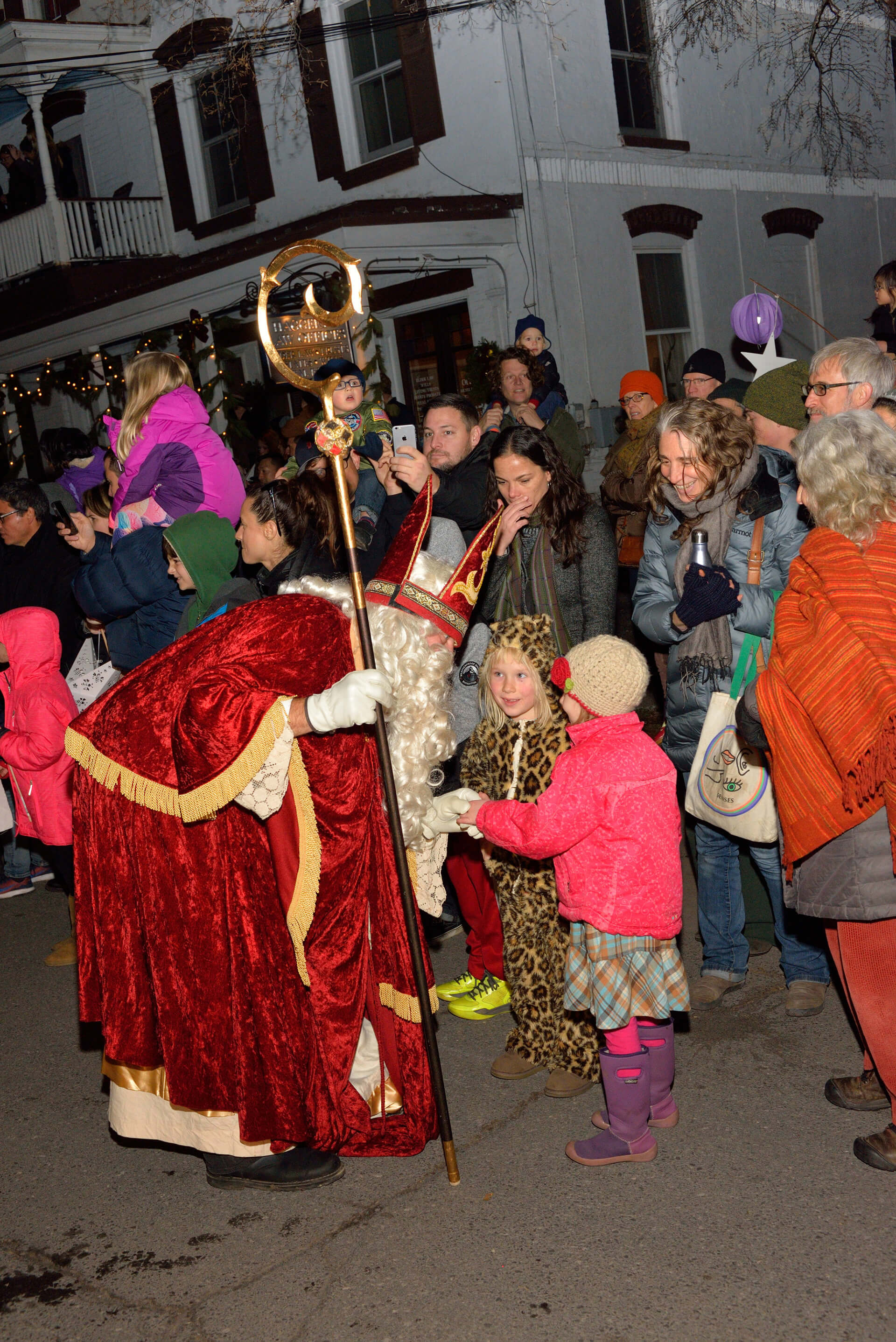 Celebrate the holiday season with a magical event unlike any other. The kids become royalty for a day at the Sinterklaas celebration, which celebrates the centuries-old Dutch character Sinterklaas (the precursor to Santa Claus in North America) and is rooted in the Hudson Valley’s rich heritage as a Dutch colony. This year’s festivities in Rhinebeck will once again include plenty of children’s workshops and thrilling performances of dance, theatre, magic and music all throughout the Village of Rhinebeck. The day’s festivities culminate at dusk with the Children’s Starlight Parade, which is led by Sinterklaas himself riding his trusty white steed. The parade marches into the center of the village and is followed by the Sinterklaas Pageant and the Illuminated Star Ceremony in honor of all the children – the kings and queens of the day. A special wish for peace brings the event to a close.

Attached photo of the Sinterklaas Festival by Doug Baz courtesy of Jeanne Fleming.