Spring Bauernball at the Mountain Brauhaus 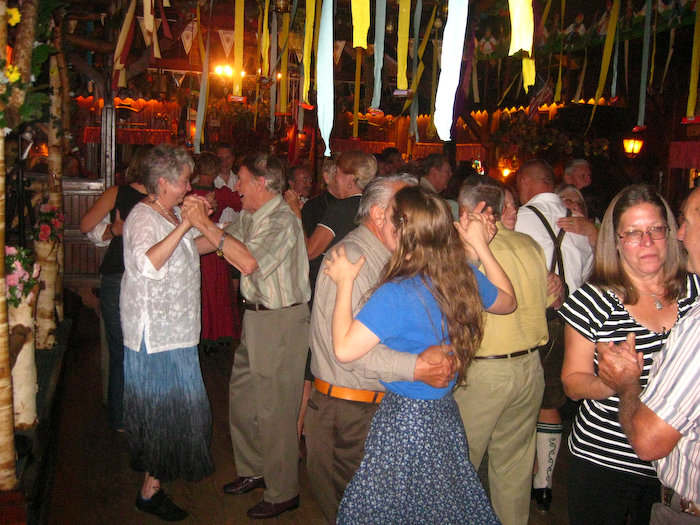 Another one of the never ending festivities at the Mountain Brauhaus is our Bauernball, a dance celebrated throughout the fall consisting of live music by a famed German/American band, ample German specialties including; schnitzel, bratwurst, sauerbraten among countless others, flowing German beer and wines, fun is sure to be had by all. At the start of the night patrons will notice the dance floor adorned with various colored ribbons hanging candies tempting those as they pass. The idea of the game is to successfully take a candy without the “sheriff” catching you in the act.

Back in the medieval times of Germany, Bauernball originated as a peasant’s ball, a rustic dance, typical of the Tyrol region in Austria. It was a German social event, where attendees would come dressed in costumes representing the various different German speaking countries. Each year a game was played while dancing to help allow all those involved to forget about the realities of everyday live and enjoy the night for what it is. Come join us at the Mountain Brauhaus for a modern twist on an age old good time.