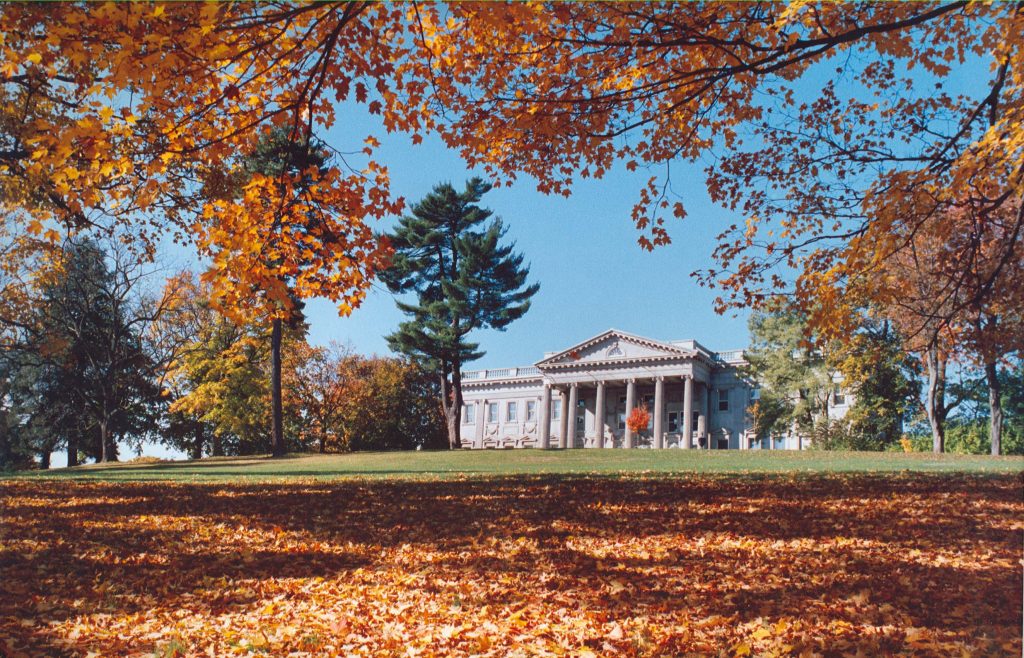 With a rich history, natural beauty galore and a concentration of world-class cultural sites, New York’s Hudson Valley is the perfect escape from fast pace of New York City.

Historic cities, towns and villages still tell the tales of its settlers beginning with the Munsee, Mohican and Mohawk nations all the way to the Henry Hudson's 1600s travels and the arrival of the Dutch and the English.

Parks, nature preserves and hiking trails offer ample opportunities to truly take in the natural beauty of the region. Here are our picks for the best places to visit in the Hudson Valley.

Located in Westchester County, Peekskill is situated on a Hudson River bay approximately 50 miles north of New York City (and accessible from the city via the Metro-North railway). This town borders Blue Mountain Park, a nearly 1,600-acre preserve with over 20 miles of hiking and biking trails, fishing piers and the only Sportsman Center shooting complex (archery, rifle and pistol) found in a state recreation area.

Art lovers should visit the Hudson Valley Museum of Contemporary Art(MOCA), a 12,000-sq-ft exhibition space. The Hudson Valley MOCA sponsors a sculpture trail that features over 25 works of public art along the Hudson River and throughout the city.

Located on the eastern bank of the Hudson River just north of Albany, Troy was once known as “Collar City” due to its expertise in producing detachable collars for men’s shirts. Though it doesn't get as much attention as the state capital, Troy's well-preserved 19th-century downtown contains a plethora of shops, boutiques, galleries, restaurants and taverns.

In addition to collars, Troy’s other claim to fame is as the hometown of Samuel Wilson, the meatpacker who inspired the iconic Uncle Sam caricature. There’s an aluminum statue of Uncle Sam near the river in commemoration.

Music lovers should catch a show at the Troy Savings Bank Music Hall, a National Historic Landmark completed in 1875 that’s known for its outstanding acoustics and 1890 pipe organ. Those looking for a more modern venue should check out the Curtis R. Priem Experimental Media and Performing Arts Center (EMPAC) at Rensselaer Polytechnic Institute. The EMPAC opened in 2008 and was specially designed for contemporary multimedia performances.

Some 120 miles from New York City is this former whaling port and industrial town, which has in recent years become a haven for antique dealers, gallerists and other artsy types. The mile-long main drag, Warren Street, offers a variety of lively coffee bars, vintage fashion boutiques – and some of the best people-watching in the state.

About 10 minutes from downtown Hudson, is the stunning Olana estate. Once the domain of Frederic Edwin Church, a 19th-century painter whose dramatic landscapes epitomize the Hudson River School, the house on the hill has captivated visitors for years.

Church acquired land and created the 250-acre landscape design himself. The Persian-inflected Victorian mansion at the top of the ridge offers unparalleled views of the valley and Catskill mountains beyond.

Art Omi is another renowned art institution that includes a sculpture and architecture park spread over 120 acres. The non-profit offers gallery space, lectures, readings, dance and concerts that celebrate the interconnectedness of art and nature.

Among the many historic buildings in charming Rhinebeck is the Beekman Arms & Delamater Inn, said to be the oldest continually operating hotel in the country (it’s been welcoming guests for more than 300 years).

Visitors can also tour one of the region’s most striking Gilded Age mansions, the 65-room Staatsburgh State Historic Site. A different era in history comes to life at the Old Rhinebeck Aerodrome, with rides on historic 1920s biplanes and weekly airshows featuring World War I–vintage planes.

Like many Hudson Valley towns, Rhinebeck also has a vibrant arts scene. The Omega Institute is known for its yoga and wellness retreats, while the Dutchess County Fairgrounds hosts various events throughout the year.

Those looking for stellar views should head to Ferncliff Forest to climb the fire tower. The easy hike in the 200-acre park offers incredible views of the valley – especially during the fall foliage season.

The Saugerties Lighthouse has sat at the end of a thin peninsula jutting into the Hudson for over 170 years, and even has rooms to rent for travelers in search of novel accommodations.

On the west bank of the Hudson and adjacent to the beautiful Catskill Mountains, Saugerties offers such scenic natural areas as Falling Waters Preserve, a 149-acre forest glen filled with waterfalls and river views.

Ten miles west is the charming town of Woodstock and its museum full of memorabilia celebrating that 1969 music festival (even though the event took place 60 miles away, in Bethel).

Do not miss Opus 40, also known as “America’s Stonehenge.” This 6.5-acre stone-sculpture park sits in an abandoned stone quarry and was built entirely with hand tools by Bard College artist and professor Harvey Fite.

The historic village of Cold Spring sits on a dramatic bend in the Hudson River. The tiny main street is filled with well-preserved 19th-century structures now occupied by boutiques, restaurants and inns.

Perhaps unsurprisingly for a city directly across the river from United States Military Academy West Point, the town served as an important artillery and ironwork producer during the American Civil War. Today, the West Point Foundry Preserve offers nature walks amid ruins of former industrial structures.

This gateway to the Catskill Mountains (and setting for Washington Irving’s story Rip Van Winkle) was the home of Hudson River School founder Thomas Cole. The Thomas Cole National Historic Site explores the importance of Cole and his contemporaries, initiators of one of the first home-grown art movements in the then-young USA.

Nearby is Catskill’s historic (and well-preserved) Main Street, whose numerous shops, restaurants and inns including the Magpie Bookshop, with a well-curated collection of used books.

Well before LEGOLAND opened, horse racing has lured visitors to Goshen since the American Revolution. The Goshen Historic Track opened in 1838 and still offers harness races to this day. (LEGOLAND’s Miniland pays homage to its hometown with a LEGO version of the Goshen Historic Track, including an interactive, animated “horse race” guests can control).

This historic hamlet just north of New York City eagerly embraces the “Legend” that made its name famous. Every fall, Sleepy Hollow takes inspiration from the Washington Irving tale to create perhaps the world’s most impressive display of carved pumpkins, the annual Great Jack O’Lantern Blaze.

Jack o’lanterns get carved in every shape imaginable and get used in sculptures of life-sized dinosaurs, slinking sea serpents, macabre carousels and (of course) the Headless Horseman himself.  Other nearby attractions include John D. Rockefeller’s Kykuit estate, and the sublime Blue Hill Stone Barns, which offer epicurean dining on a working farm.