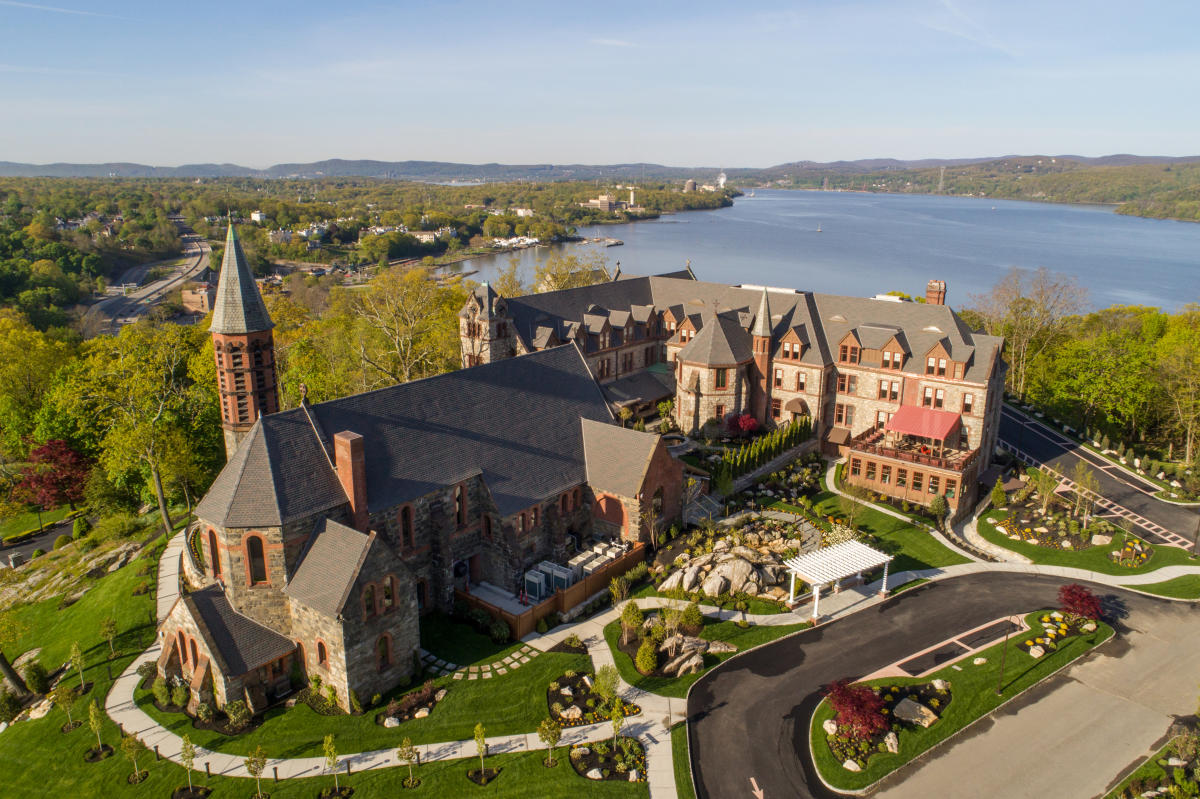 If you've been missing those fleeting glimpses of recognizable places in the Showtime series "Billions," NBC's "The Blacklist," and others, the wait will soon be over. From the Hallmark Channel to HBO, new series and movies will be out this fall that filmed scenes in the Hudson Valley.

Production crews for "Billions," now in its fifth season (which began Sept. 5) were reportedly at Westchester Country Club this week shooting scenes, according to posting on the site  OnLocationsVacations.com. Season six is due to premiere Jan. 22, 2022

The plot of the series hinged on the relationship between a billionaire edge fund manager, Bobby Axelrod (Damian Lewis, who left the series at the end of season 5) and his nemesis U.S. Attorney Chuck Rhoades played by Paul Giamatti.

Fall, in all its glory: Photographers capture beauty of New York state in autumn

During its run, filming took place all over the Hudson Valley, from Playland and Yonkers Raceway, to the Jefferson Valley Mall and Kelly's Sea Level restaurant in Rye. For season 5, scenes were shot on Chestnut Street in Yonkers, the site of Axe's fictional childhood home, as well as in the Ceremonial Courtroom in Yonkers City Hall.

"City on A Hill," the Showtime drama starring Kevin Bacon as a hard-boiled Boston detective, was in New Rochelle this week, filming scenes near Leland Avenue for season three. The series recently announced its third season would premiere sometime in 2022.

Although it is supposed to take place in Boston, much filming has been done locally during its two-season run, including at Dudley's Park View restaurant in New Rochelle, in Mount Vernon and at White Plains City Hall.

"The White House Plumbers," which had set up shop in the Hudson Valley for most of the summer and early fall, filming throughout the Hudson Valley,  wrapped up filming this week, shooting a scene in Los Angeles, according to a tweet from producer David Mandel. No date has been announced for its premiere.

When will these show air?

A crime thriller revolving around a former U.S. Navy officer turned high-profile criminal (James Spader) the series shot scenes in Pearl River in early October, at the post office and on Ridge and Franklin Streets.

HBO Max's "The Sex Life of College Girls"which filmed at Vassar College in May, will premiere Nov. 18. The Mindy Kaling-created comedy follows college roommates embarking on their first year at a distinguished New England college.

The Hallmark Channel's "One December Night" filmed in Goshen earlier this year. Starring Peter Gallagher and Bruce Campbell, two music managers must put their history aside to oversee the televised reunion performance of their rock star fathers with a fractured past. It is scheduled to air Nov. 13.

“Raising Kanan,” a Starz series that's a prequel to “Power," shot scenes Oct. 6 in Nyack, turning local shops into sets, including Grace’s Thrift Shop, which morphed into Elegant Manors for the filming.  Set in the 90s, it explores how its main character, Stark, became a ruthless murderer. There is no date for the premiere of season 2.

"The Time Traveler's Wife," the upcoming HBO series, starring Rose Leslie and Theo James, is still in production, but scenes were shot in Pleasantville, Purchase and Yonkers, which was dressed up to resemble Christmas in July, complete with fake snow and evergreens.

"The Gilded Age," another HBO series, still in production, is from "Downton Abbey" creator Julian Fellowes. It begins in 1882  with the orphaned daughter of a Union general, who moves into the New York City home of her wealthy aunts. Production crews were spotted throughout the Hudson Valley for filming, including at Sleepy Hollow Country Club.

Karen Croke is the features editor for lohud.com and poughkeepsiejournal.com. Find my stories here. Reach me at kcroke1@lohud.com