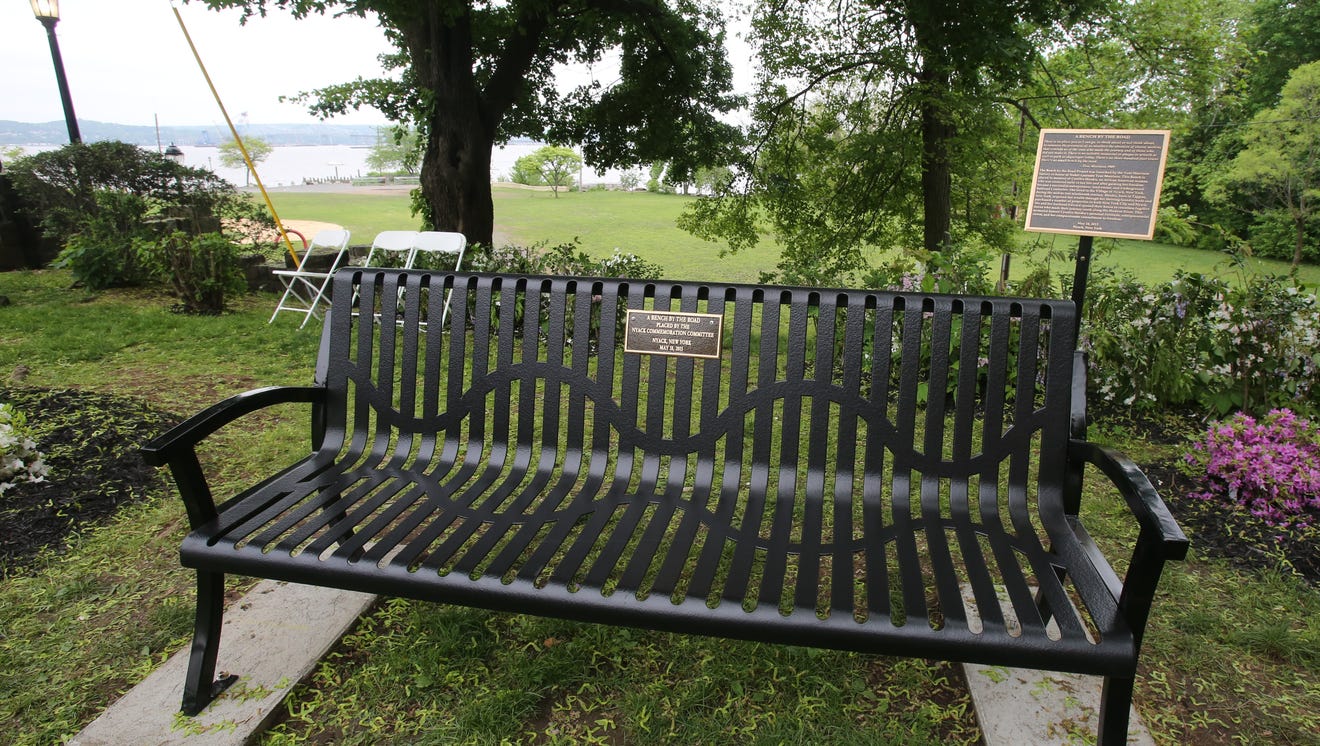 Before Ella Fitzgerald became known as the “First Lady of Song,” she was raised in Yonkers. Decades before the height of the civil rights movement, Fitzgerald’s jazz music career smashed color barriers as she became world renown for her melodic voice and scatting.

After becoming the first Black woman to win a Grammy Award she went on to win 12 more before her death in 1996.

The statue in Yonkers not only honors her career but also Black history, and it’s not the only place you can find such a monument.

Around the Hudson Valley, statues, markers and murals can be found honoring leaders of the Black community and cultural icons with ties to the region. And all can be seen for  during February and beyond. Here’s a look at some  of the many options:

Editor’s note: This story was originally published  in August 2021, but we are bringing it back for readers during Black History Month:

Sojourner Truth on the Walkway

The statue of Ella Fitzgerald was created by  Yonkers sculptor Vinnie Bagwell in 1996. More than two decades later, Bagwell was enlisted to create a statue to a very different icon on Black culture, which now stands at the Highland entrance to the Walkway Over the Hudson in Ulster County.

A seven-foot statue in honor of Sojourner Truth was unveiled in 2020, honoring the former slave who became an abolitionist and women's rights activist on the 100th anniversary of the 19th Amendment’s ratification giving women the right to vote.

Truth was born into slavery in Ulster County with the name Isabella Baumfree and was sold three times before she escaped to freedom.

"Sojourner Truth is relevant today because of her strength, discipline, clarity, vocals," Bagwell said at the unveiling. "She is what today's kids call goals. We have a powerful potential in our youth. And we must have the courage to change old ideas and practices so that they may direct their power toward good ends."

A temporary monument to American abolitionist and political activist Harriet Tubman titled “The Journey to Freedom” created by  award-winning sculptor Wesley Wofford has been traveling around the United States. The monument has already been in residence in Newburgh, Peekskill and Haverstraw in 2021 . It will stand in Renaissance Plaza in White Plains beginning in April. The city and the White Plains Business Improvement District are in the planning stages for related events and programming; details will be released in March. In November, the sculpture will move onto Kingston.

Walking through history in Newburgh

A walking tour titled “In Washington’s Shadow” in the City of Newburgh highlights historic locations, such as AME Zion Church, buildings used by former slave and Underground Railroad activist George Alsdorf, and the Colored School, which was the main school for Black students in Newburgh.

Signs for the tour begin at 93 Liberty St. and continue on Washington Avenue. Audio for the walking tour is available at soundandstory.org/directories/inwashingtonsshadow.html

A bench in Nyack

There are plenty of places to find a seat in Nyack. At least one bench, though, offers history and a link to other activists around the world.

A "Bench by the Road" in Nyack was dedicated to former slave and Underground Railroad activist Cynthia Hesdra by the Toni Morrison Society in 2015. Started in 2006, the “Bench by the Road” project highlights the history of African American slaves and stands as a memorial for the absence of slaves.

The bench at Nyack’s Memorial Park on Piermont Avenue was actually the 15th placed by the society. The first was placed at an African Slave Trade point of entry in Sullivan’s Island, South Carolina, and the second was at an Underground Railroad site in Oberlin, Ohio. Others can be found in such places as Paris; Atlanta, Jackson, Mississippi; and other areas. Most recently, the 25th bench was placed at Howard University in Washington, D.C. in 2019.

Two icons of Black culture are remembered in their hometowns in Westchester.

A mural in Yonkers was recently completed to honor the late rapper DMX, who grew up in the city and also had ties to Mount Vernon. Born Earl Simmons, the hip hop legend died after suffering a heart attack in April at the age off 51.

In his memory, artist Floyd Simmons — no relation to DMX — began working on the 35-by-22-foot mural in May. It was unveiled in July, displaying verses from DMX's songs, "Look Through My Eyes" and "School Street." It is painted on the Yonkers public housing complex, Calcagno Homes on School Street, marking the legacy of the rapper's childhood home and memory.

Ten years earlier, Heavy D., a rapper who grew up in Mount Vernon, died at the age of 44. An art sculpture in the city titled "Peaceful Journey" recognizes Dwight Errington Meyers. It was designed by New York artist and college professor Eto Otitigbe.

The monument at 43 Broad St. and West Fleetwood Avenue takes the shape of an arch made from Vermont marble and steel. The 20-foot sculpture illustrates harmonious balance and movement that represents the lives of people of color in Mount Vernon.

A historical marker across from Cornwall Central High School recognizes Harriet Josephine Terry, a Cornwall-on-Hudson native who was a pioneer in education. Terry was a founding member of Alpha Kappa Alpha Sorority Inc. and an educator for almost 40 years. She was born in Orange County in, at the time, one of five Black families in Cornwall-on-Hudson. She was a graduate of Howard University, where she also wrote the hymn for Alpha Kappa Alpha Sorority Inc.

Terry also went on to teach English and history at Gloucester High School in Virginia, where she later became the head of the department. In her teaching career, she also taught English at Alabama A&M University.

The marker is located at 24 Idlewild Ave.

A bonus site to visit outside of the Hudson Valley was designed by Rodney Leon. The African Burial Ground National Monument is known as the largest known African American cemetery. In the late 1600s, the burial site was owned by Sara Van Borsum and used as a cemetery for African Americans, according to the National Park Service.

In 1991, the site at 290 Broadway was being prepared for a federal office building when archeologists excavated the bodies of 419 men, women, and children and 500 artifacts 30 feet below city ground. In 1933, the burial ground was designated a New York City Historic District and as a national landmark. The African Ground Burial is the first national monument dedicated to Africans of early New York.

It consists of seven elements that symbolize the spiritual, physical, ritual, and psychological definition of re-interment where the African artifacts were found. The monument includes 22 Adinkra symbols that are along the walkway of the monument and in the entrance. The granite headstone symbolizes the ship that carried slaves through the Middle Passage and stands four stories high.