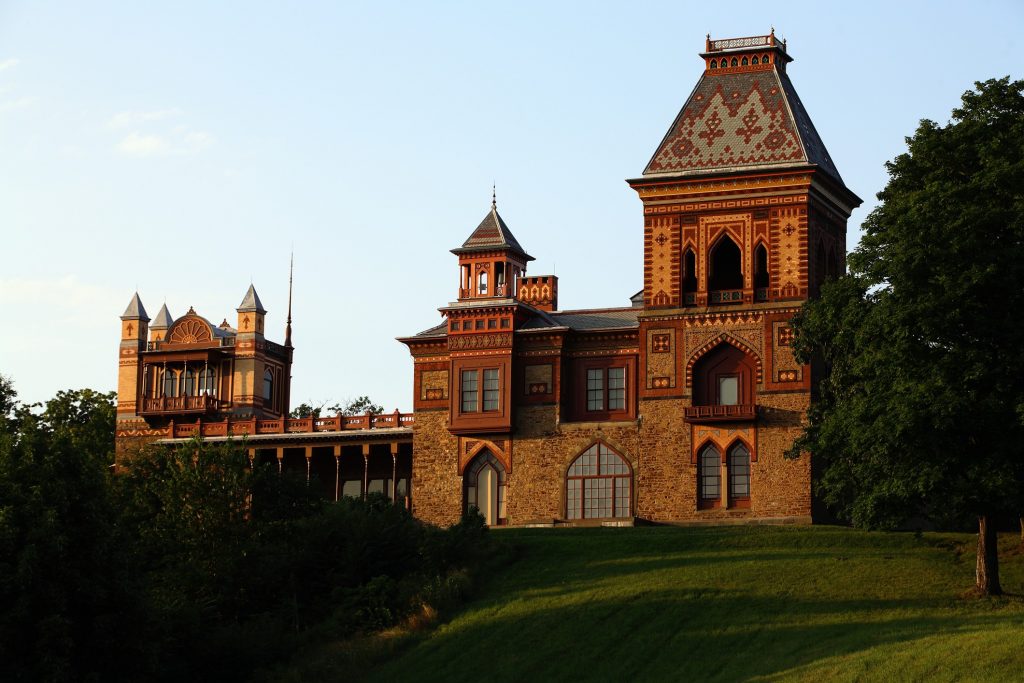 Just a hop, skip and jump from NYC—the Hudson Valley offers all kinds of experiences for all kinds of visitors. Whether you’re traveling by train, by bus or by car—it’s easy to get here, and definitely worth the trip.

Stretching from the top of Manhattan to the New York State capital, the Hudson Valley is defined by 150 miles of beautiful blue waterway – the Hudson River. Both sides of the river are included, so it’s helpful to see the region as three manageable sections: the lower, mid, and upper Hudson Valley.

With so much to experience – across ten counties – you won’t be able to do it all in one trip. To make your first visit easier to plan, here are the places and experiences you must see or do in each. You can always come back again for the rest!

Caramoor Center for Music and the Arts, Katonah

A destination for exceptional music and gardens—Caramoor Center for Music and the Arts draws some of the planet’s most popular classical, jazz, roots, and world music artists. Tour the historic Rosen House and enjoy a pre-concert picnic. Then, take in some tunes in the relaxed settings of the Venetian Theater, Spanish Courtyard, and magnificent gardens.

A wonderful destination for relaxation, the Chuang Yen Buddhist Monastery is home to the largest Buddha statue in the Western Hemisphere. Located inside the Great Buddha Hall, the statue stands nearly 40’ tall. Prepare to soak up the peaceful atmosphere on the grandest of scales.

Walkway Over the Hudson State Historic Park, Highland and Poughkeepsie

Get ready for magnificent views! Bike, walk, jog or even rollerblade across the former railroad bridge built in 1888 – now a walkway spanning 1.28 miles over the Hudson River. Celebrating its 10th Anniversary in 2019, it’s the longest, elevated pedestrian bridge in the world.

The oldest operating winery in the United States, Brotherhood Winery offers tastings and tours. In 1810, French Huguenot Jean Jaques began planting grapes on the site, and excavated the cellars in 1839. You can explore the underground vault, and hear the fascinating story of why Brotherhood was the only winery allowed to operate during Prohibition.

Named for its longest living resident, the Matthewis Persen House can be found in the Historic Stockade District in Kingston, with four original stone houses from the 17th century. Explore this significant site built in multiple phases from 1661 to 1922. Visitors can enjoy exhibits, lectures and even re-enactments.

Immerse yourself in truly inspiring architecture and design. Well-known as a painter— Frederic Church was also a world traveler, a family man, and a self-taught architect, farmer, and landscape designer. Though he and his wife moved among New York City’s cultural tastemakers, Olana was their primary home.

Visit the home, studios and grounds of Thomas Cole, founder of the Hudson River School—America’s first major art movement. Special exhibits of both 19th century and contemporary art complement original 19th century paintings and artifacts. Take a guided tour or explore at your own pace.

What started as a vaudeville house in the 1920’s, this ornate performance space now offers everything from comedy acts to musical productions. Added to the National Register of Historic Spaces in 1979, this legendary gem has been renovated and is—once again—a site to see!

Albany is home to the most expensive staircase in the nation! A masterpiece of intricate carvings, it is located at the New York State Capitol, and must be seen to be believed. The staircase costs over a million dollars to construct, and is just one piece of the remarkable capitol building.