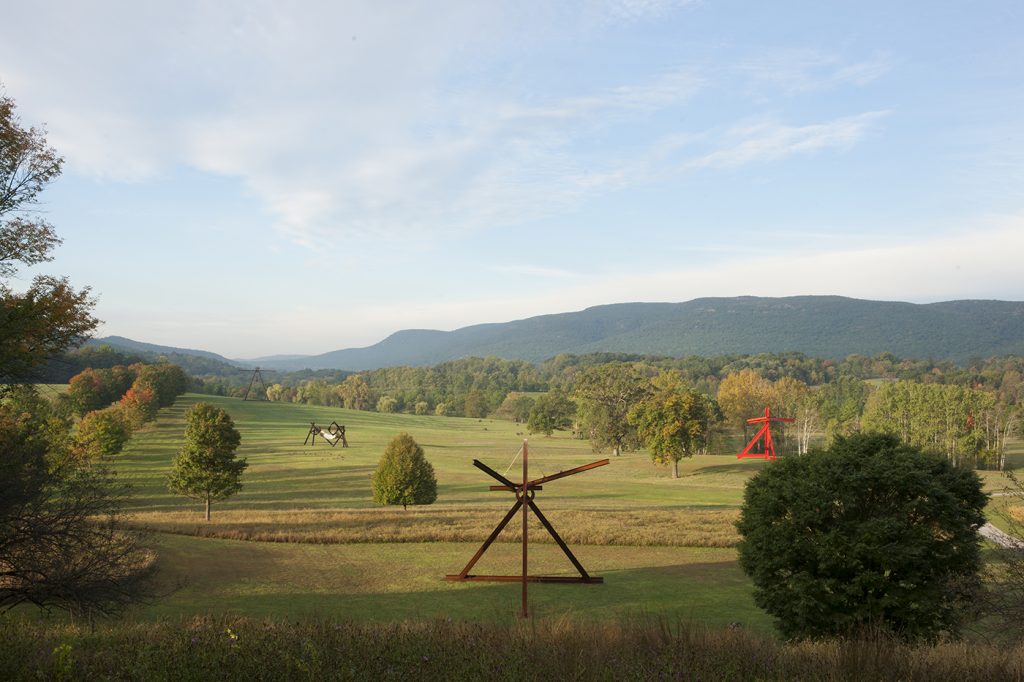 For decades, authors, artists and presidents have all been drawn to the Hudson Valley in New York. Located over two hours north of downtown Manhattan, the Hudson Valley’s dramatic four seasons, historic sites and small towns continue to charm visitors to this day.

Here’s our list of the top things to do in the Hudson Valley.

America’s first presidential library and museum set the standard for documenting a legacy. The Franklin D. Roosevelt Presidential Library spans the 12 years of FDR’s administration, from the grips of the Great Depression in 1933 until his death in 1945.

Poignant artifacts include hand-written speeches outlining why America should enter World War II, as well as fragments from the USS Arizona battleship sunk during the Pearl Harbor attack on December 7, 1941.

Eleanor Roosevelt was more than a first lady; she was an activist and advocate during FDR’s presidency, and served on the United Nations General Assembly after his death.

The Eleanor Roosevelt National Historic Site is a 181-acre estate in Hyde Park where the first lady stayed whenever President Roosevelt was not at the Springwood estate. It was her permanent home until 1962.

Val-Kill is the only National Historic Site dedicated to a first lady, and visitors can see where Eleanor Roosevelt entertained dignitaries such as Winston Churchill and John F. Kennedy.

Feast at the Culinary Institute of America

The Culinary Institute of America in Hyde Park is a foodie’s paradise where you can dine at four world-class restaurants run by students at the premier culinary institute in the world. Savor their interpretations of the world’s great cuisines.

French, Italian and American dishes are all created with Hudson Valley farm products. Save room for dessert and delight your taste buds with the sugary crunch of a tart, streusel-topped Dutch apple pie.

Marvel at the gleaming tusks on the skeleton of a 13,000-year-old Ice Age Mastodon discovered just upriver from the oldest and largest state museum in the country. Afterward, hop into the saddle of one of 40 hand-carved carousel horses, donkeys or deer on the 100-year-old merry-go-round built by western New York’s Herschell-Spillman Company.

The Northeast’s first new theme park in 40 years is a kaleidoscope of primary colors in the town of Goshen. Larger-than-life models of dinosaurs, animals and whimsical characters along with miniature reproductions of familiar landscapes and icons are created with thousands upon thousands of tiny plastic Lego bricks.

Kids ages 2 to 12 will delight in Legoland New York’s attractions, including the first-ever ride that incorporates your own physical characteristics into a Lego Minifigure.

Fall in line at the West Point Museum

Wonder what life is like for a cadet at the U.S. Military Academy? Head to the West Point Museum where interactive exhibits reveal a day in the life of a cadet, including uniforms, a full-size barracks room, and information about classes and work.

The museum also houses one of the leading collections of historical military artifacts such as a pair of General George Washington’s pistols, Napoleon Bonaparte’s short sword, General George S. Patton’s Thompson machine gun and the first tank ever used by the U.S. military. In addition to the military displays, this free museum has breathtaking views of the Hudson Valley.

The over 5000-acre Bear Mountain State Park is seven miles from the U.S. Military Academy in the rugged highlands. Stretch your legs on several hiking trails, including six miles of the venerable Appalachian Trail.

There’s also an accessible paved trail around Hessian Lake and a challenging 1000ft climb to the summit of Bald Mountain. Rewards of hiking in this area include expansive views of the Hudson River and beyond.

Ever dream of barnstorming like Flying Ace Eddie Rickenbacker and tracking down the Red Baron? Head to the Old Rhinebeck Aerodrome to feel the wind in your hair during an open-air biplane flight.

Head inside for one of the largest collections of early aircraft in the country. Notable planes include a 1902 Wright Glider, the Sopwith Camel (1917) and a 1909 Bleriot – America’s oldest plane still flying. There are also multiple German World War I Fokker Triplanes (1917) – like the one flown by the infamous Manfred von Richthofen, better known as The Red Baron.

Every weekend, the Aerodrome stages WWI “dog fights” in the sky.

Imagine a baby giant’s building blocks strewn throughout the countryside, and you get a sense of the Storm King Art Center. This 500-acre outdoor museum exhibits large-scale sculptures that complement the natural surroundings. For example, Alexander Calder’s sculpture Five Swords (1976) is a bright, bold, reddish-orange, nearly 20ft-tall steel monument that could be from the giant’s forgotten game of jacks.

Each of the 100 massive sculptures requires its own “gallery landscape,” and they are spread throughout the grounds, walkways, paths and wooded trails.

The Thomas Cole National Historic Site preserves the six-acre homestead and studio where Cole founded the Hudson River School of landscape painting. Gazing off into the distance from the porch of the main house, the misty mountains are framed like one of Cole’s canvases.

Frederic Church was one of the most prominent artists to emerge from the Hudson River School. Church’s Niagara Falls depiction inspired a movement that led to preserving the Niagara Reservation as our country’s first state park.

Olana State Historic Site is Church’s home, and the mid-19th century estate includes the mansion, art studio and 250 acres of designed landscaping. The house on a hill offers sweeping views of the Hudson River Valley and Catskill mountains that inspired the artist throughout his life.

Enjoy the art at Dia:Beacon

A former Nabisco box factory is the perfect setting for Andy Warhol’s Shadows (1978-1979) at the Dia:Beacon. The massive space evokes Warhol’s iconic NYC studio, The Factory, and allows visitors to ponder the repetitive images displayed on the 72 brightly colored canvases.

After losing yourself in the Pop Art master’s works, consider those of other contemporary artists, including Dan Flavin’s fluorescent light work, Michael Heizer’s “negative” sculptures, and Richard Serra’s steel monuments.