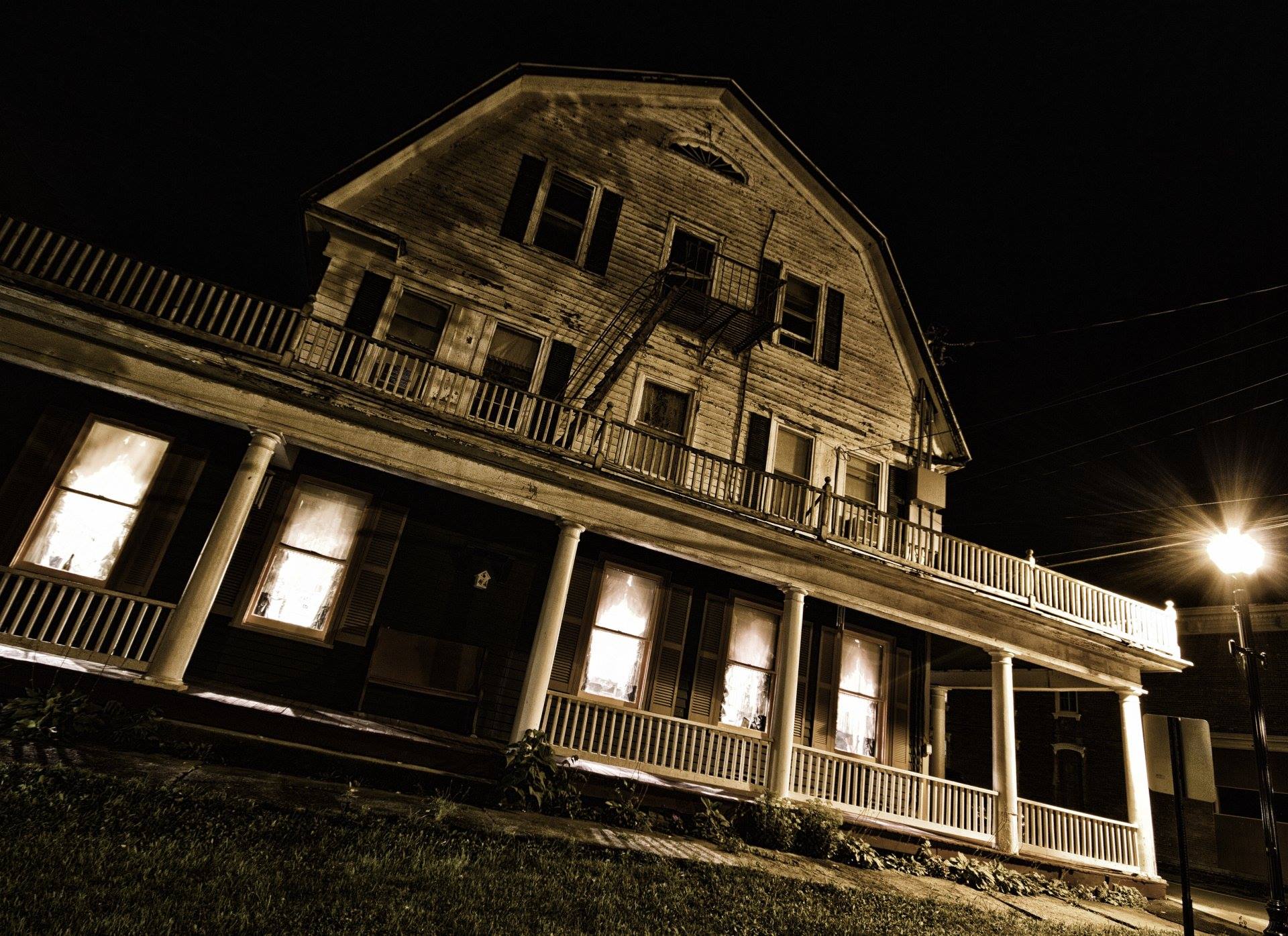 A haunting is a meeting place, where old and new worlds collide, past and present, sentient and aware. In the Hudson Valley, the veil that separates the world of the living from the world of the dead is thinner in some places, allowing us to feel the icy fingers of a long-dead spirit trace our spine and whisper in our ear. Discover places where people have reported hearing voices, seeing doors slam for no explicable reason, and so much more.

Delight in the fright at these haunted places in the Hudson Valley:

Rockland County
In Nyack, overlooking a section of the Hudson River where charming sailboats bob in the breeze, is a legally haunted – yes legally – home for sale that anyone with $1.9 million and a stout constitution can now purchase. Purportedly haunted by poltergeists – ghosts that can cause physical disturbances like moving furniture – from the Revolutionary War, the house was declared legally haunted by the New York Supreme Court when a buyer sued the previous owner after learning about her experiences with said poltergeists. It should be noted that others have lived in the house and experienced nothing sinister, not even a bump in the night.

Westchester County
The Great Jack O’ Lantern Blaze at Van Cortlandt Manor is back in 2020, with a few updates to ensure that everyone is safe and has fun. From now through October 31, and select dates in November, more than 7,000 hand-carved and illuminated jack o’ lanterns will create a one-of-a-kind Halloween experience. From witches stirring up a spell to a fire truck made of pumpkins, the lanterns create a magical experience. Social distancing guidelines will be enforced, as well as advanced ticketing, mask requirements, and more. For a different kind of spooky adventure, head to Sleepy Hollow, home of the famed Headless Horseman. For over 200 years, the legend has stalked the town. Visit the Sleepy Hollow Cemetery to pay your respects to Washington Irving and Andrew Carnegie, among others.

Columbia County
Spook Rock Road in Hudson is a place of legend, where it is said a Mohican princess, her lover, and an angry sky god collided long ago to great and terrifying effect. According to Try to Scare Me, a website devoted to supernatural tales, this road near Claverack Creek is said to be where a Mohican Princess and her lover defied the will of her family to marry a man she didn’t love, and ran away together, stopping to rest on a boulder. The story goes that the couple’s treachery so enraged the Sky-Holder God, that he sent torrential rain to flood the area and drown the couple. It’s said you can hear the princess moaning as death carries her away, and that at night, you may catch a glimpse of her.

Greene County
Captain’s Inn Point Lookout in Windham sits just off of Route 23, a sentinel on a cliff where on a clear day you can see mountain ranges in Massachusetts, Connecticut, New Hampshire, and Vermont. Inside, the story is anything but clear. Currently open and operating as an inn and restaurant, Captain’s has a cheery atmosphere but inside Room 12, it’s a different matter. It’s said that a woman was murdered there, and ever since, strange phenomena have plagued the guests. From flickering lights to foul odors, to disembodied voices, guests have reported strange occurrences over the years. Do you dare book Room 12 for the night?

Albany County
In Albany, there is no shortage of historic places rumored to be haunted by malcontent spirits. The Ten Broeck Mansion is one such place. Built during the late 1790s for General Abraham Ten Broeck and his wife, Elizabeth Van Rensselaer, after a fire destroyed their first home. Over the years, stories of ghostly apparitions have been whispered about of unhappy spirits who are said to haunt the mansion’s halls and grounds. Tours are available by reservation.

Rensselaer County
Floating around the nearly 8,000 students that attend Rensselaer Polytechnic Institute is a less-than-corporal student body. The West Hall, which currently houses the college’s arts department was once a hospital with a psychiatric ward. If you find yourself around there after sundown, you may just hear the footsteps of Nurse Betsy as she checks on her patients in the ward. There have been reports of screaming, whining, and piano music, which apparently the nurse played to calm patients. According to HauntedPlaces.org, Betsy perished in a psych ward fire while trying to save her patients, and has been trapped there ever since.

Orange County
It began as a vocational training school and reformatory for trouble boys in the 1930s. Fifty years later, it was converted into a medium security prison and remained such until 2011. Now open and operating as the Hudson Sports Complex, is embracing its past. Rather than shy away from its history, the new owners highlight it – especially during Spooky Season. Each October, Halloween Prison Tours (there is both a haunted and historic option) take visitors through abandoned structures and creepy corners. The property was also recently featured on the Travel Channel’s Ghost Nation. Preregistration online is required.

Putnam County
Are they ancient ceremonial mounds or simple root cellars? Scholars, historians, and locals can’t seem to agree, but one thing is certain, Putnam County’s Stone Chambers are mysterious. Of the 100 or so chambers found in and around the county, all of the sites face East or West, and many align with the Equinox and Solstice sunrises. Some think their architectural construction indicates a Bronze Age technique. Others think they are sites of healing, or portals to ancient knowledge, or even the work of the devil. Whatever they are, they do capture the imagination.

Dutchess County
Miss Fanny’s Victorian Party House in Wappinger Falls is the hottest place for a gathering in town whether you’re living or dead. This three-story farmhouse dates back to the late 1800s, and is named for the Van Wyck family who once lived in it. Current owners share their days and nights with spirits and have reported unexplained opening and closing doors, disembodied voices, even an apparition or two. The house is available to rent for private functions, and the owners will book small private tours.

Ulster County
The Haunted Shanley Hotel in Napanoch says it all right there in the name: this place is straight up spooky. Public and private ghost tours are available, and you can even spend the night here, all tucked in and ready to be scared out of your wits. This gentleman’s club and bordello turned bed and breakfast is said to be haunted by a former owner whose children passed away when they were very young. Several disembodied voices have been recorded, and the recordings are available for a listen on the hotel’s website. Are you tempted to stay at the Shanley? Think you can last the night?

These are just a few of the places where the paranormal is prolific in the Hudson Valley. Visit HauntedHistoryTrail.com to find more information about where to go for ghostly happenings.

10 Reasons to Fall in Love in the Hudson Valley

How ‘Bout Them Apples!